Las Vegas Circus Arts offers professional instruction to students age 8+ who are interested in learning a variety of circus apparatus and techniques. 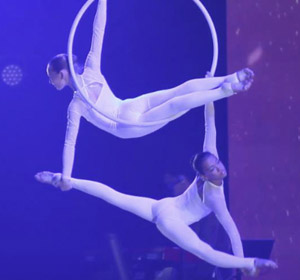 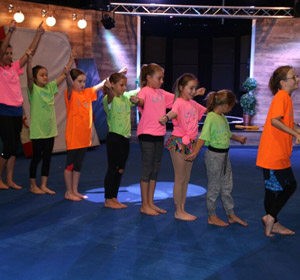 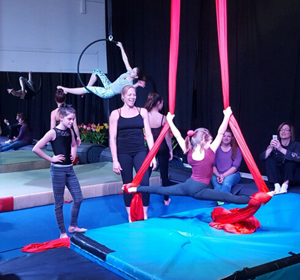 Sorry, no posts matched your criteria.

Las Vegas Circus Arts began out of Kelly’s desire to share her love for the arts. With a BA in dance performance and over 25 years of entertainment experience as an acrobat and dancer, Kelly is passionate about the process. Under her direction, Las Vegas Circus Arts strives to create individualized instruction in a safe and nurturing environment for all levels. Kelly’s extensive resume includes movies, national commercials, videos, television, stage, and countless special events. She is always excited to share this knowledge of the industry, and assist others on their personal journey.

Ekaterina(Katya) Arnaoutova is third generation circus performer with over thirty years of experience on stage, specializing in aerial acrobatics. She has worked with companies such as the Great Moscow Circus, Cirque Nouvel Air, Cirque Éloize, Cirque Mechanics, and nearly fifteen years with Cirque du Soleil, including the shows; Nouvelle Expérience, Fascination, and The Beatles Love. Katya currently continues to work as an independent performer, coach, and creative consultant.

Jonathan was born in Southern California where he grew up with an acrobatic background in springboard diving. At the age of 15 he began taking aerial classes recreationally and quickly fell in love with aerial rope.  In 2009 he was admitted to the National Circus School of Montreal (ENC) where he graduated three years later with Corde Lisse (aerial rope) as his specialty. After working with various companies around the world, he was hired by Cirque du Soleil’s Michael Jackson One and has been performing with the show in Vegas for the past six years.

Jill’s aerial career includes numerous corporate, TV award and special event performances taking her from New York to Hawaii and she has performed on nearly every type of aerial apparatus. In 2009 she was featured in Britney Spear’s “Circus” video and for the last eleven years she has appeared in Cirque Du Soleil’s ” Zumanity” at New York New York Hotel in Las Vegas as “Mademoiselle Loup” performing the strap act. Jill also holds the rare distinction of having performed three different aerial acts on three different apparatuses, two of which she created specifically for Zumanity.  Jill has been an artist/coach at Zumanity for three years, which has given her great opportunities to grow as an artist and leader.  She loves sharing her passion for the aerial arts with her students.

Sarah Romanowsky is a versatile aerialist, blending her dance background with a technical and artistic approach to silks, hammock, hoop and rope. She has been seen in the air for TV projects such as Nickelodeon’s Kids Choice Awards, Disney’s Shake it Up & Chevy’s Super Bowl ad featuring the cast of Glee. Live stage productions include Radio City Music Hall’s Spring Spectacular with choreography by Kelly Millaudon, Cirque du Soleil’s One Night for One Drop, Fantasy at Luxor, and Cirque de la Mer. Sarah has been fortunate to share her passion on stages and at studios around the US and internationally. She specializes in strong, fluid, musically-driven aerial choreography and thrives on sharing her art with audiences and students alike!

A veteran of Cirque du Soleil, Karl is a movement specialist, choreographer and master teacher with a unique approach to performing in a multi dimensional environment.
After studying classical guitar at the Mozarteum and Musicology at the University of Salzburg in Austria, Karl studied dance at the Juilliard School in New York.
Soon after he became a dancer and Choreographer for the MOMIX dance company in America.
After touring the world with MOMIX, Karl performed with Cirque du Soleil. There he created and performed roles for the shows Mystere, Quidam, Delirium, KA and Kooza.
He worked as a movement consultant and motion capture artist for Steven Spielberg’s, “The Adventures of TinTin.” He created the movements for creature characters for “The Lion, the Witch and the Wardrobe.”
His credits include the 3-D I-max movie “Imagine,” and the film“FX2,” and numerous music videos including Aerosmith’s “Jaded.”
He acted as a creature performer for the British movie “Attack the Block” and played Puck in A Midsummer Night’s Dream at the NC-Shakespeare festival.
Karl has taught character movement workshops for Cirque du Soleil and was as a guest professor at Cal State University, Monterey.
www.karl-baumann.webs.com

Alexandra “Sasha” Pivaral was born in New York City in 1994 to traveling acrobatic parents.
She began her training at age seven and performed her first lead role in a production show not long after. Since then, she has performed and headlined in countless productions around the world, including with Cirque Du Soleil.
She has won prestigious awards for competing in top international circus shows like the Monte Carlo International Circus Festival in Monaco and is considered to be one of the most talented acrobats in her field of contortion, balancing, and hula hoops.
It is her stage presence, originality of elements, and choreography that set her apart.

THE STUDIO IS TEMPORARILY CLOSED UNTIL FURTHER NOTICE. We are complying with Governor Steve Sisolak's order announced on 3/16 @ 4:30 PM. Please check our website for future notices and we will update you as the situation unfolds. Please stay safe and healthy. We look forward to resuming classes with you as soon as possible.